Posted on September 19, 2015 by bookvolunteer

W Adams may have been Wilhemina Elliott , born in Gibralter in about 1877, who married Edgar Adams in 1930. Before her marriage she had been cook for the Hay family living at HM Dockyard, Pembroke Dock. Both she and Edgar were of mature years at the time of the wedding and Wilhemina would have been Edgar’s third wife, his second wife having died earlier in the year. Edgar himself died in 1936. If she was still living in the dock area on 19th August 1940 she would have been affected by the bombing in which 11 of the 18 oil tanks in Pembroke dock were set alight. The area was bombed again on the following day and the fire that ensued was the biggest in the UK since the Great Fire of London. 650 firemen worked in dreadful conditions for three weeks to control the flames and a thousand houses in the dock area were destroyed.

If this is the same W Adams as appears on the Nevern memorial, she wasn’t actually buried in Nevern, but taken back to her home town, where the Parish of St John, of Pembroke Dock records the burial of Wilhemina Adams on 5th July 1941. She would have joined Edgar and the two Sarahs – his former wives.

(With thanks to Philip John, who has a link to Edgar Adams through one of Edgar’s previous wives, for helping us, almost certainly, identify our W Adams of the Nevern memorial.)

Leah Hunt may have been the Leah Whitehouse who married a Joseph Hunt in 1887 in West Bromwich. 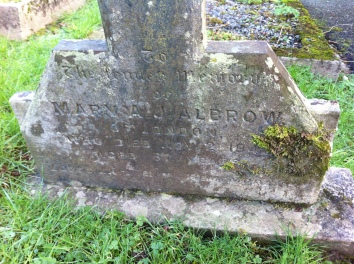 Mary J Albrow, has a personal memorial behind the group headstone. She was possibly the Mary Ann Bolt who married first a Henry Harney (and had a son Henry Cecil Harvey in 1872) and then a William Albrow.

Was our Mary Albrow living at 39 Salmon Lane, Stepney in 1932? We have had no contact with her family and have no reliable information.

As yet we have no information at all on Annie E Smith, Agnes M Bennett, Eleanor Wiggins, Marie E Rice or Elizabeth A Dorman. Can you help us?

This exploration of the Llwyngwair evacuees has been a fascinating experience and I’m very grateful to Heather Hill of Penrallt for all her help and shared enthusiasm. We have been delighted to find living relatives of some of the ladies, to be able to share photos and put people in touch with each other. We are also grateful to the many family historians who helped us along the way by telling us that we were on the wrong track, that their relative had a different birthplace, middle initial, marriage or war-time experience from the one we sought.

I’m still hoping, however, to be able to make contact with people in the Nevern or Newport area who remember, or heard speak of the evacuees. The descendants of the Llwyngwair ladies are keen to learn more of their great-grandmothers’ experience and I would love to be able to add a little more detail to the account of their last years. 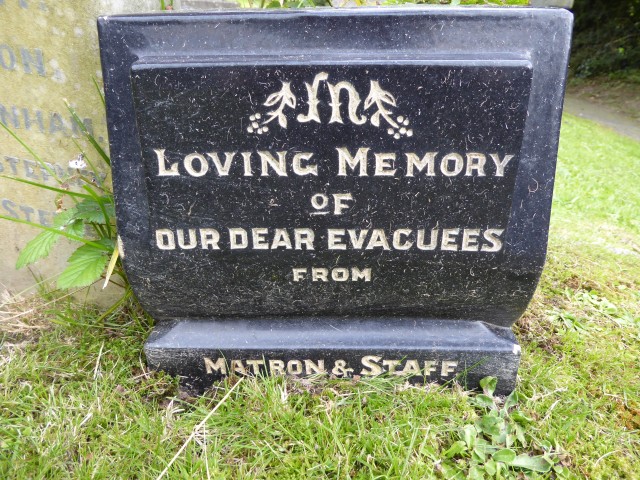 I'm passionate about books, about Oxfam and about making the world a better place. When I'm not filling the shelves in Oxfam Wilmslow, I might be found reading the books I've bought in the beautiful surroundings of North Pembrokeshire.
View all posts by bookvolunteer →
This entry was posted in History, Religion and tagged Dinas, Dinas Cross, east end, evacuees, Llwyngwair, Nevern, Pembrokeshire, Salvation Army. Bookmark the permalink.