The hard life and death of a Master Mariner from Dinas 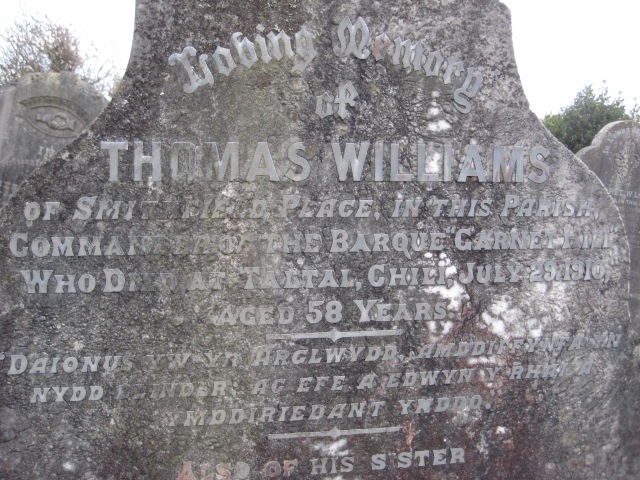 In loving memory of Thomas Williams of Smithfield Place in this parish, Commander of the barque Garnet Hill who died at Taltal, Chili, July 29th 1910, aged 58 years.

For such a small village, the number of sea captains buried in Dinas’ graveyards seems incredible. Just round the corner from Tegfan, in Ramah, is this headstone, inscribed in memory of Thomas Williams who died over a century ago on the other side of the world. At that time, communication was slow and uncertain and I can imagine the anguish of his family while they were awaiting news of him. 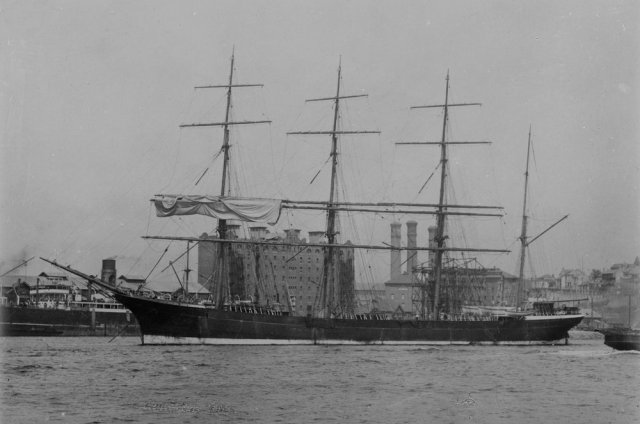 His ship, a steel 4 masted barque built in Glasgow in 1890, would not survive long after the death of her Dinas born commander. The Garnet Hill was torpedoed and sunk by a German submarine in 1917 off the SW coast of Ireland. At the time she was carrying a cargo of nitrate.

Our Thomas Williams must also have been carrying nitrates while he was master of the Garnet Hill. Taltal, in Chile, was an open anchorage and a sprawl of small buildings on Chile’s ‘nitrate coast’. 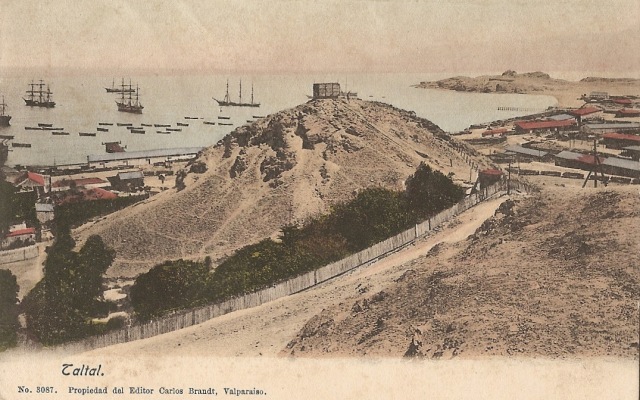 Postcard sent from Taltal, Chile, in 1912

It attracted ships from all over the industrialised world for the saltpetre that was mined further inland. This precious chemical was used for both fertilisers and explosives and was in high demand at a time before manufactured alternatives were available. It was both toxic and dangerous to handle but made the fortune of many, including John Thomas North,’ The Nitrate King’. I don’t know what killed Commander Thomas Williams, but the fumes from the cargo was known to kill rats and cats in the hold of a ship. The few lines on his tombstone might give the impression of a romantic traveller’s idyll; in reality, as described in this wonderfully informative account, it was a punishing existence.

I'm passionate about books, about Oxfam and about making the world a better place. When I'm not filling the shelves in Oxfam Wilmslow, I might be found reading the books I've bought in the beautiful surroundings of North Pembrokeshire.
View all posts by bookvolunteer →
This entry was posted in History, Sea and tagged Dinas, Dinas Cross, graveyard, master mariner, Pembrokeshire, sea captains, Tegfan. Bookmark the permalink.