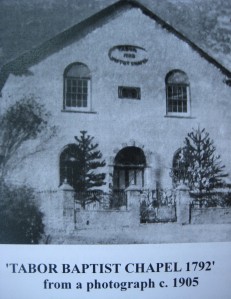 Until recently, if you wanted to build in Dinas, you dug the stone out of the hill-side first. The first Baptist chapel in Dinas was built at the end of the eighteenth century. After acquiring the land

“preparations were made to build. The local people were most ready to help. Forty labourers came together for three days to quarry and cut the stones, and,  for twenty-four days, three carts carried them to the spot. After that, the work progressed very swiftly and successfully until it was finished..”

As a result there are a number of small quarries in Dinas. Most are almost hidden by gorse and bracken now but if you look towards the sea behind the fine houses at the Fishguard end of the village or towards the mountain behind the tennis court you’ll see the evidence.  The biggest quarry is on the single track road that takes you past Macpela burial ground up the mountain and I’m guessing that this, with Dinas Head behind it, was the inspiration for this beautiful giclée print by Stan Rosenthal. 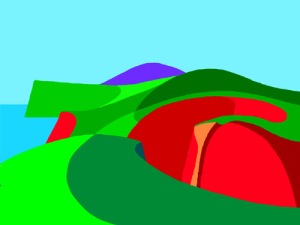 Dinas Quarry is one of many striking art works inspired by our part of West Wales. Stan Rosenthal now lives in SE England but has spent much of his professional life in Pembrokeshire. His long connection with West Wales includes having a studio and gallery at St Davids and being appointed Honorary Official Artist to the Chairman of Pembrokeshire County Council. Have a look at his website for many prints of the local area.

I'm passionate about books, about Oxfam and about making the world a better place. When I'm not filling the shelves in Oxfam Wilmslow, I might be found reading the books I've bought in the beautiful surroundings of North Pembrokeshire.
View all posts by bookvolunteer →
This entry was posted in Art, Crafts, History and tagged Dinas, Dinas Cross, Macpela, Pembrokeshire, Preselis, quarries, quarrying, Stan Posenthal, Tabor, Tegfan. Bookmark the permalink.