Why have I got this photo?

Posted on March 3, 2015 by bookvolunteer 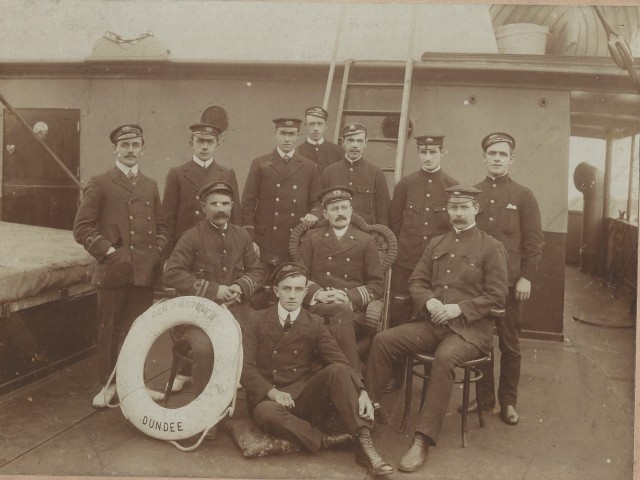 My grandfather had a moustache and was a sailor for seven years. I had therefore assumed that this photo of moustached young men on a ship included my grandfather, Evan George. It was, after all, filed in the family-photos box. However, today, I looked closely at these crew members and have come to the conclusion that none of them is my grandfather – not even the one with the photographic blob on the bridge of his nose, who resembles him a bit. What’s more, the name of the ship is not familiar. So why have I got this photo, originally mounted on a large thick board but now roughly cut away to a more manageable size?

I have now discovered that the SS Den of Ruthven was built in 1907, some years after Evan had abandoned his career as a sailor, so I have to assume that our family has some other connection to these young men.

The Royal Maritime Museum at Greenwich includes among the crew list of 1915:

Come on Dinasites (as the County Echo used to call the inhabitants of Dinas), I challenge you to recognise this Owens and claim him for your family trees! 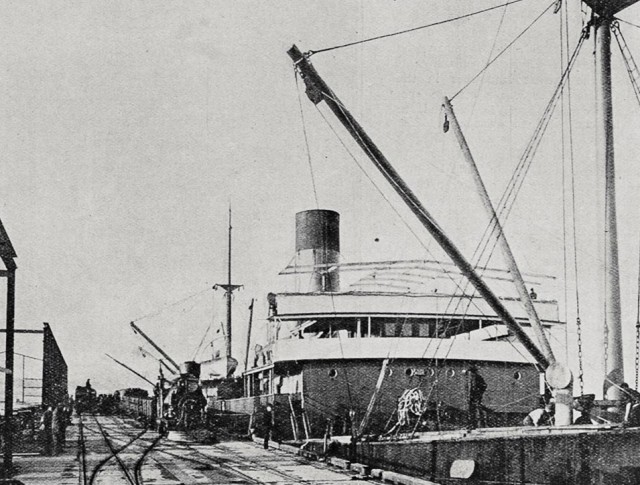 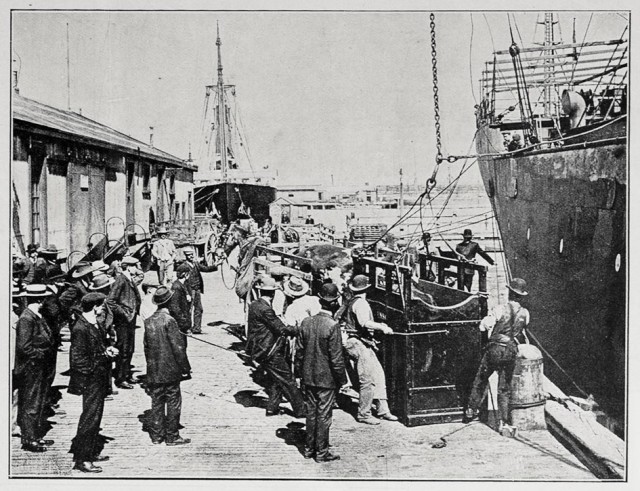 I'm passionate about books, about Oxfam and about making the world a better place. When I'm not filling the shelves in Oxfam Wilmslow, I might be found reading the books I've bought in the beautiful surroundings of North Pembrokeshire.
View all posts by bookvolunteer →
This entry was posted in History, Sea and tagged Aukland, Dinas, Dinas Cross, E Owens, Ezes Owen, SS Den of Ruthven. Bookmark the permalink.

2 Responses to Why have I got this photo?