The ridiculous shame of poverty

Posted on September 8, 2015 by bookvolunteer 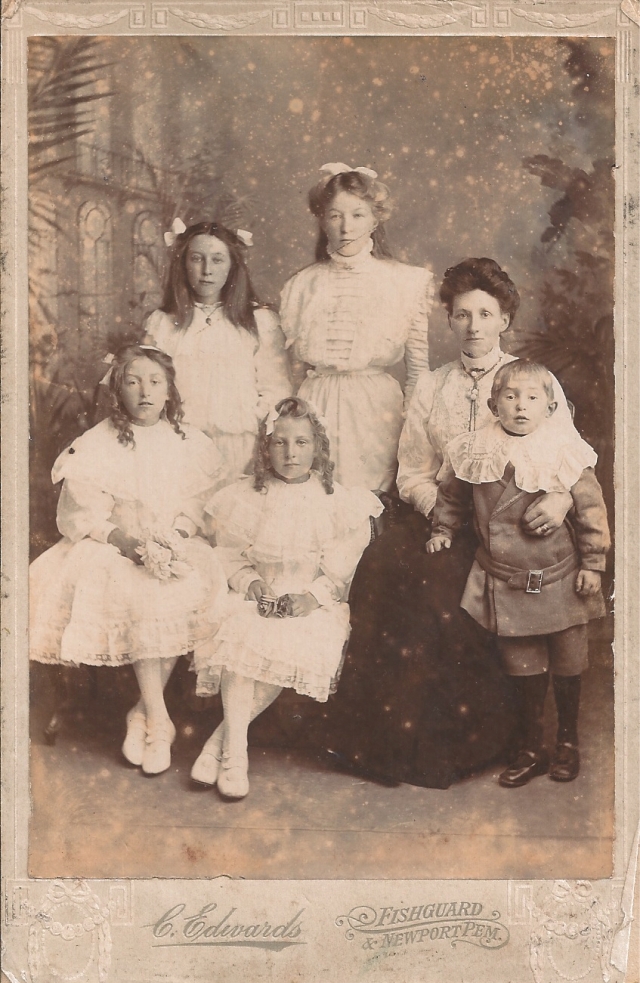 In at least one respect Martha Ann’s (absent) husband was a good catch. David became a master mariner and was known locally as ‘Capten dwbl’ on account of the additional maritime certificates he was said to have acquired.

Even a doubly qualified captain, however, had a hard life particularly when his work took him to the cold northern seas. His mariner brother-in-law froze to death after a ship wreck in the Baltic and Johnny (another sea captain in the family) had taken his ship north once and determined never to repeat the experience. Never again would he ask his crew to spend the entire journey hammering at the rails and the sides of the ship to dislodge the accumulating ice that could have sunk the vessel.

David’s first noteworthy experience in the north was when he was first mate on the ‘Kirby’ and he and his fellow sailors rescued lives at sea. In gratitude he was given an inscribed watch by the Tzar of Russia (or was it the Emperor of Germany ?) and the watch is with his descendants to this day. Maybe that’s what encouraged him to stay on these treacherous routes to Mermansk and Archangel.

Another remnant of his family history has been passed down to my brother and me. We know that one one occasion David was caught in the arctic ice for six months. It must have been in the winter of  1902 because I have the letter that Martha Ann sent from Dinas to her younger brother, my grandfather. The letter was written in March and she needed a loan to tide her over until David returned. Lady Day was approaching and it was on that day that bills were traditionally paid. She asked for £10, over £1,000 in today’s money, and expected to be able to pay back the loan within a month or so. Did my grandfather help her out? I don’t know.

I do know that he didn’t comply with her other request, which was to burn the letter when he had finished with it. Martha Ann insisted that he should tell no-one of her need, nor tell anyone that she had written. We found the letter, with one other, hidden in my grandfather’s book on seamanship. Even 113 years later the poignancy of her situation is affecting.

I'm passionate about books, about Oxfam and about making the world a better place. When I'm not filling the shelves in Oxfam Wilmslow, I might be found reading the books I've bought in the beautiful surroundings of North Pembrokeshire.
View all posts by bookvolunteer →
This entry was posted in History, Sea and tagged Dinas, Dinas Cross. Bookmark the permalink.

1 Response to The ridiculous shame of poverty