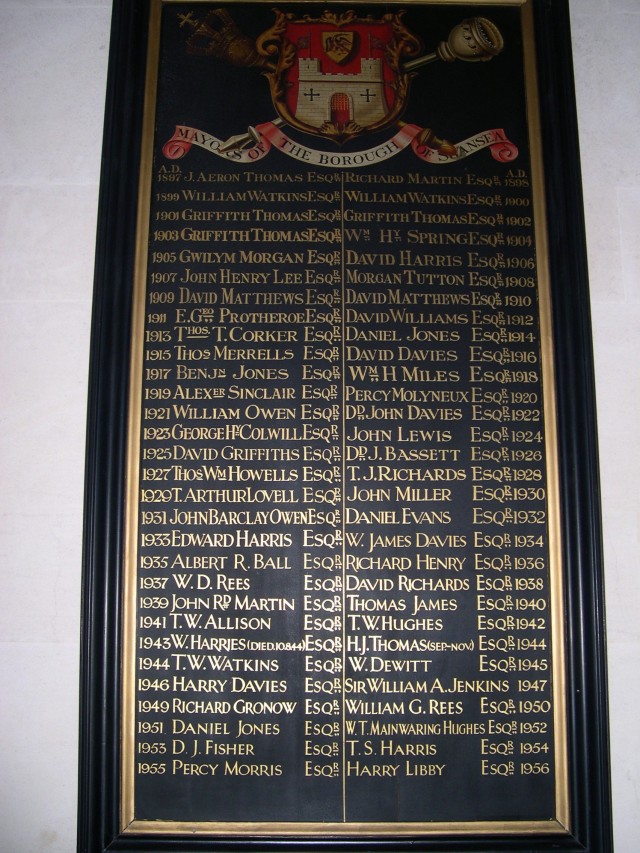 William Harries, whose family came from Dinas, was Mayor of Swansea for a few months in 1943/1944 before being killed in a road accident on the Mumbles Road.

Here he is as a young man with his parents, brother and sister. Unlike the Dinas family photos, where the setting is usually outside in the sunshine, these family members must have gone to a photographer’s studio, where a fancy backdrop gives an illusion of domestic opulence. 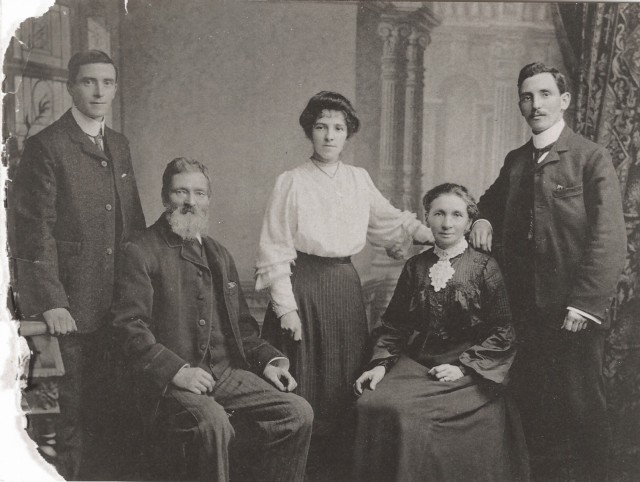 The future Mayor of Swansea is on the left. His parents James Harries and Ann Harries (née Thomas) are seated with their daughter Mary Ann between them and their son, David Harries on the other side. Mary Ann was a primary school teacher who married my grandfather and moved with him to London. I know that she learnt of the death of her brother from the newspaper headlines on a billboard.

I was told that she never really recovered from the trauma of the war-time blitz and died soon after. I know little about her family.

I'm passionate about books, about Oxfam and about making the world a better place. When I'm not filling the shelves in Oxfam Wilmslow, I might be found reading the books I've bought in the beautiful surroundings of North Pembrokeshire.
View all posts by bookvolunteer →
This entry was posted in History and tagged Dinas, Dinas Cross, Mayor of Swansea, Pembrokeshire, Swansea Town Hall, William Harries. Bookmark the permalink.

1 Response to Dinas boy made good