What did the Sea Captains from Dinas do with their money?

The first thing many of them did was to build a house and change the shape of the village.

Dinas had originally been sited in the bay of Cwm yr Eglwys, where all the land was owned by large land owners and the (unnamed) houses rented out to the villagers.*

Sea captains retired with cash to buy and build, so they settled further inland where plots were available. As they moved, they took the name of the village with them, extending Dinas to Brynhenllan and along the main road. 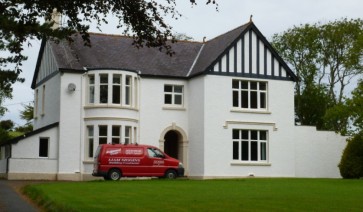 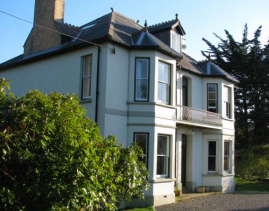 Many fine new houses were built; Capt Howell, Commodore of the Red Star line, built ‘Redlands’** (on the left, going to Newport) and Capt James built Glanteg (on the right).

Additionally they were very generous to Tabor, a Baptist chapel where you might have expected Puritan sobriety but which accommodates an unusual richness of decoration. 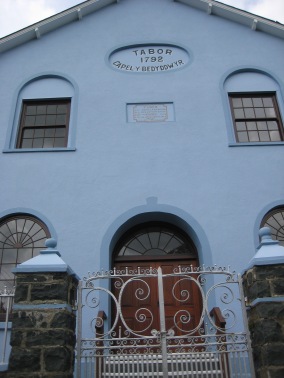 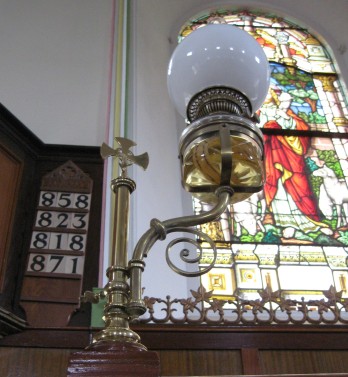 However, as many of headstones in Dinas’ graveyards testify, a seaman’s life was fraught with danger and while an unusually high number of young men from Dinas reached the position of Master Mariner, many men from the village died at sea.

The beautiful clock in the vestry of Tabor is another gift from a sea captain – see the brass plate attached below the mechanism. The sobering instruction on the clock face tells us to ‘Remember the sailors’.

*For more information on Cwmyreglwys I recommend “Cwmyreglwys – Church and Churchyard” by Rex Harries and Rhiannon Comeau. This fascinating history can be bought from the ice-cream van at Cwmyreglwys or obtained from Rex Harries himself.

** Many of the names of the ships on the Red Star Line ended with ‘land’ – Thomas Howell had captained the ‘Zeeland’,’Lapland’ and ‘Belgenland’ before retiring to Redlands.

I'm passionate about books, about Oxfam and about making the world a better place. When I'm not filling the shelves in Oxfam Wilmslow, I might be found reading the books I've bought in the beautiful surroundings of North Pembrokeshire.
View all posts by bookvolunteer →
This entry was posted in Art, Crafts, History, Religion, Sea, Welsh language and tagged Dinas, Dinas Cross, sea captains, Tabor, Tegfan. Bookmark the permalink.

3 Responses to What did the Sea Captains from Dinas do with their money?