This photograph of Cwm yr Eglwys Churchyard, taken in 2005, gives a false impression of timelessness. This scene has not remained unchanged for centuries. The 1859 storm that destroyed the Church (while a service was taking place – miraculously there were no casualties) also swept away a good part of the churchyard and articles by Gwynrug in  the ‘Fishguard and Goodwick County Times 1908-1909, describe the effect of numerous storms between 1860 and 1880:

The sea made incursions into the graveyard in Cwmyreglwys in the sixties and seventies. Torn coffins with human remains protruding from them, were hanging in the bank above the beach. Pieces of coffin and human skeletons were strewn all over the shore. The sight was harrowing and ghastly!

As a consequence many gravestones are thought to have been lost or removed. A sea wall was constructed to protect the Churchyard in 1882 and dispersed human remains were collected and buried behind it. Further ground works in the 1960s and 1980s left no record of changes made. From photographic evidence it appears that many of the gravestones in the middle of the Churchyard remained undisturbed; many others have been moved or have disappeared altogether.

Fifty years ago the writing on the gravestones was still mainly legible but at the time  no one thought to document the inscriptions. In the interim some of the writing has completely disappeared 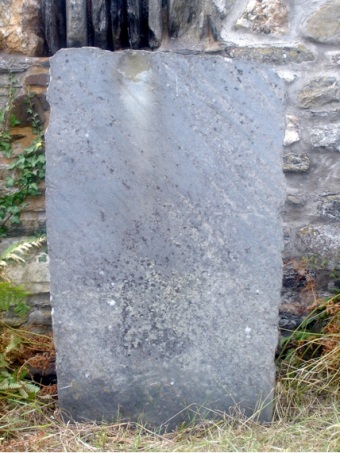 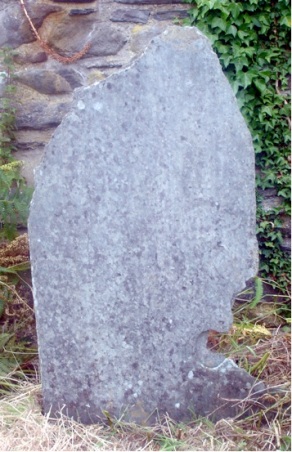 and some just allows the reader a guess at the original. 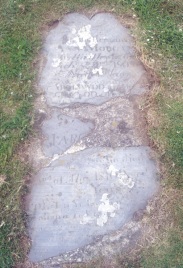 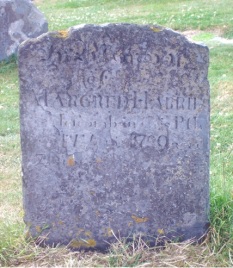 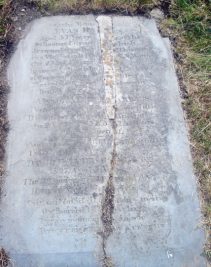 Some of the stones are still beautifully legible, however; were they more sheltered from the wind and seaspray, were the families able to choose better quality stone, or the chosen stonemasons more skilled? 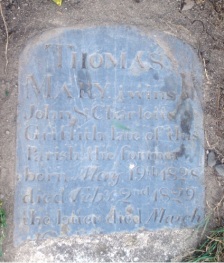 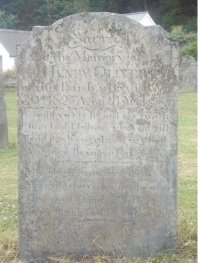 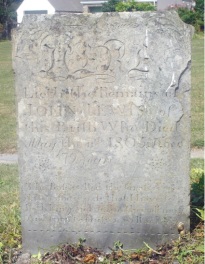 Over the past 50 years we have become more interested in family history and between 2004 and 2006 all sixty of the surviving gravestones were surveyed, recorded and photographed by members of the Dinas Historical Society. It’s sad to see that about half the burials are of children. 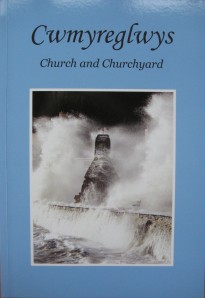 Most of the information above has come from this fascinating book:  ‘Cwmyreglwys – Church and Churchyard’ by Rex Harries and Rhiannon Comeau. Its scope extends from the early history of the Church to modern times. There are lots of photos and illustrations, references to the families and houses of Cwmyreglwys and quotations of commemorative poetry. I strongly recommend it to anyone who has any connection to Dinas.

The book is on sale from the ice-cream van in Cwmyreglwys or from Rex Harries himself.

I'm passionate about books, about Oxfam and about making the world a better place. When I'm not filling the shelves in Oxfam Wilmslow, I might be found reading the books I've bought in the beautiful surroundings of North Pembrokeshire.
View all posts by bookvolunteer →
This entry was posted in History, Religion, Sea, Uncategorized and tagged Cwm yr Eglwys, Dinas, Dinas Cross, family history, history, St Brynach's Church. Bookmark the permalink.

2 Responses to Fifty years too late