Train spotting in the Preselis

Fishguard Harbour, the nearest station to Dinas, is the end of the line. Your only options are to take the ferry to Ireland, at 2.30 am or 2.30 pm, or go south towards Carmarthen. As there are only seven trains a day, I can’t recommend it for a conventional train spotter. But the area is nevertheless full of reminders of what used to be or might have been. 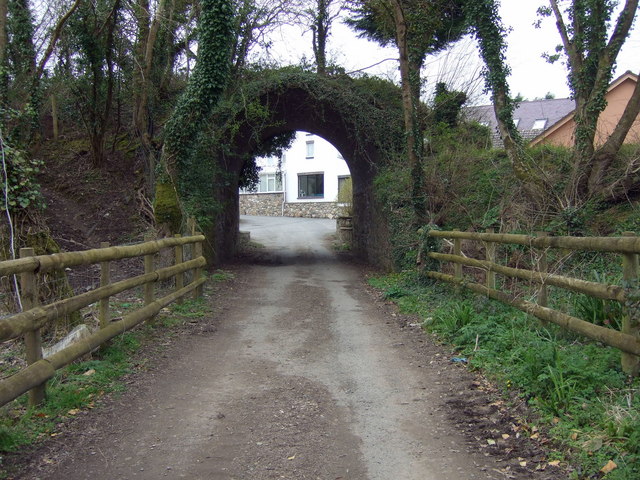 This bridge was built to carry an alternative line from Goodwick to Letterston that was never completed although a mile or so of embankment still remains to the west of it. The scheme was interrupted by the outbreak of WW1. © Copyright ceridwen and licensed for reuse under this Creative Commons Licence

The course of the old North Pembrokeshire and Fishguard Railway at Cil-moor. © Copyright Philip Halling and licensed for reuse under this Creative Commons Licence.

So there is plenty of interest for railway enthusiasts in the area. You will even find that local farmers have put old freight wagons to good use as a feed-stores for the mountain sheep.

Old railway wagon on the mountain above Dinas

I'm passionate about books, about Oxfam and about making the world a better place. When I'm not filling the shelves in Oxfam Wilmslow, I might be found reading the books I've bought in the beautiful surroundings of North Pembrokeshire.
View all posts by bookvolunteer →
This entry was posted in Farming, History, Transport, Walking and tagged Dinas, Dinas Cross, Disused railways. Bookmark the permalink.

4 Responses to Train spotting in the Preselis